In our third and last post of three reporting on sessions at the ELT Freelancers’ Awayday conference held in Oxford in January, Claire Hart talks about how freelance writers and editors can take control of their workload. The theme of the conference was ‘Raising our Game’, and Claire gives advice on how to silence our ‘chimp brain’ and make better, stronger choices. 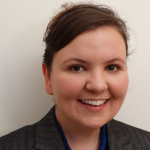 A few weeks ago, I had the pleasure of giving a 15-minute talk at the ELT Freelancers’ Awayday in Oxford. I wanted to address an issue that impacts all freelancers – and many non-freelancers too – but which, I felt, we’re often reluctant to face up to. The issue in question was the negative effects our workload can have on our mental health and how we can mitigate these effects and live a more fulfilled life. This is something that many of us want to achieve, but we often lack the tools and the headspace to proactively take control of our decisions, reactions and inner dialogue. Your ‘chimp brain’ – that inner voice which equates ‘change’ with ‘danger’ – certainly won’t like it at first. However, if you take the time to think about what you need, how you can get it and why you aren’t getting it at the moment, you really can get things under control.

The first question to ask yourself is: What story am I telling myself which is keeping me inside this cycle of overwhelm? Research into the workings of the brain has found that subjects got a hit of dopamine whenever they made a link between something that happened in their lives and a story they’d been telling themselves about their lives. This can mean that we actually feel good when we’re under so much pressure that we can’t eat, sleep or think, because the fact that this is happening confirms – according to the story we’re telling ourselves – that we’re a success. ‘It’s happening because I’m so good at what I do,’ we think. This could be a very satisfying narrative, and one that is regularly reinforced by our culture of glorifying ‘busy-ness’. At the other extreme, you could be telling yourself: ‘This is happening because I’m so awful at managing my time,’ which will usually lead you into an oddly somewhat comforting spiral of self-loathing. Of course, it also allows you to abdicate responsibility for what’s going on in your life because you can blame it on your fundamental – and perhaps incurable – character flaws.

We are not only our minds; we are the actions we take, and we therefore don’t have to be defined only by the stories we tell. Let’s look at the reasons we have for making certain decisions, for example, the ones we make about which projects to take on or whether to agree to requests from colleagues. Which of the following motivators do you see as positive, which as negative, and which as neutral (i.e. could be positive or negative)?

Let’s start with those negative decision motivators. First up is ‘fear’, which can make us afraid to say no, even when saying yes means a lot less time with our family and friends. Behind this fear is often ‘comparison’ – the specific fear that we’re falling behind our peers or the drive to satisfy our own egos by getting ahead of them. Sometimes we might also agree to take on work because of ‘avoidance’ as it’s usually easier to write formulaic workbook activities than to figure out where you actually want to be going in life.

The motivators that I would classify as neutral – ambition, settling a debt (by which I mean doing something to help someone who’s helped you), money and a sense of duty – all stem from drivers that any normal, decent human being has. Problems might, however, arise if our ego takes over and we end up pursuing them to the extent that we sacrifice things we need, like rest. Ambition drives us towards success, but if we spend too much time feeding our egos, we will lose our balance. Similarly, we all need money, but if we’re accumulating large amounts just to feed our ego, this could affect our ability to focus on other areas of life.

I’m sure you will have identified the positive decision motivators as being ‘enjoyment’, ‘connections’ and ‘goals’. These are about finding joy in our working lives, doing meaningful work, connecting with like-minded humans and achieving our career objectives.

I’ve made several references to important areas of our lives, such as friends and family, that we tend to neglect when our workload overwhelms us. Once you’re aware of the reasons for your decisions, the next step is to assess the importance of these different areas to you. A useful tool for this is the ‘wheel of life’, which you can find online. It’s a diagram in the shape of a wheel, divided into eight sections. You choose a number from 1 to 10 to show how much importance you give to each area in your version of a fulfilled life. The task of mapping a fulfilled life may seem daunting, but I would recommend imagining you’re sitting down for a chat with your 80-year-old self. Ask this future-you what they regret doing or not doing and what advice they would give you about what to prioritise and what to let go. You’ll be surprised how readily your imaginary 80-year-old self will tell you what you need to know!

By this point, I imagine you’re probably thinking something like: ‘This is all very well. Of course I’d like to be able to spend more time with my friends and less time at my desk, but how can I find the time?’ Well, why not start with a ‘Things not-to-do’ list? Simply make a list of all the things you do or have been doing that drain your energy. Then do your utmost to eliminate these from your life, or at least to reduce the amount of time you spend on them.

Let’s end by tackling what tends to be the biggest obstacle to workload control: saying no. Imagine a publisher writes to ask if you could start writing or editing a coursebook next week. You need to say no, and you prepare a response in your head, something along the lines of:

I’m sorry, but I won’t be able to take on that project. I have too many other commitments at the moment.

But you hesitate to hit ‘send’ because your ‘chimp brain’ – trying to ‘help’ you by preparing you for the worst-case scenario – tells you that the publisher’s response is going to be something like:

Oh no! You’ve ruined everything. We never want to work with you again and we’re going to tell all our publishing colleagues not to hire you either!

Thank your ‘chimp brain’ for its well-meaning intervention, but tell it that even if the worst-case scenario happens, you’re actually strong enough to cope with it. In fact, the publisher’s response is much more likely to be:

No problem. Thanks for letting us know. Maybe you’ll be free to help with some of the supplementary materials later in the year.

You wouldn’t boycott a hairdresser’s because your favourite stylist isn’t free to cut your hair on Friday afternoon and, similarly, publishers aren’t going to drop us just because we aren’t free to take on one particular project. In fact, publishers at the ELT Freelancers’ Awayday told me that if a freelancer is always free to do anything, they might wonder why that is. Moreover, publishers don’t want over-committed freelancers who say ‘yes’ to everything and who then produce sub-standard work.

So, if you’re feeling overwhelmed and would like to start taking control of your workload, here are three things you can do to get started:

Claire Hart is a published ELT author, content developer and content editor based in the south of Germany. She got into materials writing after spending ten years working as a university English instructor and language trainer, mainly in Germany. Today, her main interests are secondary, Cambridge exam preparation and business English materials. Claire also enjoys presenting at conferences and other events, and regularly leads teacher training events and webinars.