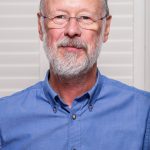 Our latest blog post is by Richard MacAndrew, who urges readers not to lose hope if a project takes a while to find a publisher. The MaWSIG blog features guest posts by members – please get in touch if you would like to write for us.

Seventeen years ago I started writing graded readers. At the very lowest levels I reckon it’s as easy to write the reader itself as it is to write a proposal. In fact, it’s probably easier since it’s only by getting to grips with the available grammar and vocabulary that you can work out what storylines are and aren’t possible. This obviously means that I run the risk of writing a complete story and having it rejected by the publisher, but that’s a risk I’m prepared to take.

In 2001 I wrote what I thought was a good story. It was inspired by a newspaper article about a man who lived on a park bench in Bristol, a bench which had its own postcode so that he could receive mail. I called the man Charlie and created a story about him. I submitted the story to my then-publisher (let’s call them Publisher No. 1) and got the ‘Thanks, but no thanks’ treatment. As a professional writer, I’m used to dealing with criticism, rejection even, and most of the time, in that situation, I would put the material to one side – not throw it away, note – and move on. On this occasion, however, I felt quite strongly that No. 1 had got it wrong. I plucked up courage, sent the manuscript back and asked for a second opinion. It came back with the same verdict.

Three years later a different publisher, Publisher No. 2, got in touch and asked me to write a ‘holiday’ course. One idea for this was that there should be a story/reader running through the course. I resurrected the story about Charlie and submitted it. No. 2 loved it. However, the planets were still not aligned correctly. The project got a new editor; the publisher reviewed their publishing plans; the course got shelved – and with it my story.

Roll on another three years, and Publisher No. 3 was starting a new reader series. I submitted a few ideas, one of which was the story about Charlie. However, I soon realised that, if No. 3 went ahead with the story, there would be trouble ahead. They had accepted one of my other ideas but had then rewritten substantial chunks of it (without consultation), so much so that I actually didn’t feel it was my story any more. I certainly did not want that treatment meted out to dear old Charlie, so I kept quiet and No. 3 forgot all about it.

Another four years went by – we’re up to 2011 now – and I submitted some reader proposals to Publisher No. 4. I included the story about Charlie. Again, they liked it. However, No. 4 wanted me to write a series of three stories – not to do with Charlie – and to start work on that straight away. So I did. That series of three was followed by another series of three. Charlie was forgotten. And when I did remind No 4 about him, they ‘didn’t really remember’. I sensed a lack of enthusiasm and let matters rest.

Fast forward to 2016. I made contact with Publisher No. 5, who was starting a new reader series. I submitted a couple of stories. Obviously, Charlie’s story was one of them. No 5 liked it. In fact, they liked it so much that I got a contract and the manuscript was prepared for production. It should be out later this year or early next. It took 16 years, but it will be worth it in the end!

There are some lessons for aspiring authors here. If you believe something is good, don’t give up on it. There are many reasons why publishers reject material. Sometimes it’s a question of timing, sometimes it’s to do with budget, sometimes it doesn’t fit with their list. However, sometimes it really is the material itself. It’s always worth asking for feedback and taking that into consideration before deciding whether to submit the material elsewhere. When published, the story of Charlie will be largely the same as when I first wrote it, but there are a number of tweaks that I have made through the years on the basis of comments received.

Whatever you do, never throw anything away. Just because one publisher doesn’t like something, this doesn’t mean another one won’t. It might not make it into print in the form you originally envisaged – in a parallel universe Charlie could well have appeared in a coursebook rather than as a reader – but you never know when something might be just what a publisher needs.

And finally, when negotiating a contract, remember to ensure that if your work goes out of print the rights revert to you. That way you can sometimes use material a second time. In the recent past I have recycled ideas from a course I wrote in the 1990s that has been out of print for a few years.

It would be interesting to know if other writers have had similar experiences. The story of Charlie is certainly not the only tale I could tell of material that has been published, but not by the first publisher who saw it. And, on that note, if there happens to be a publisher out there looking for some speaking material, I’ve got just the thing!

Richard MacAndrew has taught in Finland, Sweden, Malaysia and Great Britain. He has been a freelance writer since 1996, writing a variety of books for publishers all around the world, including a number of readers mainly for Cambridge University Press and Helbling Languages. He has twice won a Language Learner Literature Award from the Extensive Reading Foundation.