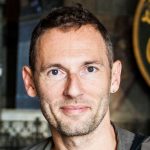 In the last webinar Q&A post in the ‘What about …’ series, Leo Selivan follows up on some of the questions that participants asked during his recent webinar, What about writing vocabulary activities? You can watch a recording of his webinar here.

If you attended Leo Selivan’s webinar, or any of the other webinars by Brian Tomlinson, Vicky Saumell, Prof. Henning Rossa and Dr Karoline Wirbat, Dr Catherine Walter, and Dr Elaine Hodgson, then we would be grateful if you could complete our questionnaire about the webinar series here.

Is it really possible to teach all the aspects of ‘knowing’ a word?

Probably not. And, in fact, it’s not always called for. The nine aspects of knowing a word (Nation, 2001), which I discussed in the webinar, should be seen as a guideline for designing vocabulary activities. The main point is that word knowledge is a multi-faceted concept that embraces much more than knowing the meaning (‘the tip of the lexical iceberg’). Naturally, not all of these ‘sub-knowledges’ are equally important for every word L2 learners encounter. For example, when teaching the word suggest, one of the aspects that is important to focus on would be its grammatical patterns (suggest + V + -ing and suggest that …). The word singer, on the other hand, probably does not merit any focus on grammatical pattern but its spoken form (pronunciation) might be problematic and hence worthy of attention. If we take the word business, some of the aspects that warrant attention are probably the written form (spelling) and collocation (e.g. do business). With skinny, it might be worthwhile pointing out its negative connotation (although whether it is still negative today might be arguable), and comparing it to other words that mean the same thing (associations), such as thin and slim.

It is also important to stress that Nation’s list is not the only framework for conceptualising vocabulary knowledge. For instance, according Michael Hoey, whose framework I also mentioned in the webinar, word mastery also involves nine components, but these are somewhat different to Nation’s. It has also been suggested (Laufer & Goldstein, 2004) that automaticity and fluency – the speed at which we retrieve the word when speaking or recognise it when reading – should be considered as additional dimensions of lexical competence.

Do tricky ‘synforms’ and colligations also depend on L1? Is there special confusion across languages? Is this more of a problem when L1 alphabet is non-Roman? How can materials writers take this into account?

True. Synforms (similar lexical forms) might be particularly problematic for speakers of languages with non-Roman (Latin) alphabets. To take this into account, materials writers should probably turn to lists designed locally, i.e. for specific L1 backgrounds. To my knowledge, there have been some studies which looked at synforms that might pose difficulty for Serbian and Arabic learners of English. Generally speaking, however, materials writers would be well advised to avoid introducing synforms in the same lesson or unit. From my personal experience, learners often confuse similar-sounding/-looking words, such as, for example, impose and implement, and these would not even qualify as synforms in Laufer’s sense (she lists ten categories).

As regards other possible areas of confusion – not related to word form – it has been shown that collocational errors are largely the result of L1 transfer. This is particularly the case with verb–noun collocations (Nesselhauf, 2003). At the same time, Wang and Shaw’s (2008) study found that Chinese and Swedish learners of English made surprisingly similar mistakes with collocations despite their vastly different L1s. I’m not aware of any research that looked specifically at colligation.

What determines the ‘level’ of a word?

If by ‘level’ you mean the level of conceptual difficulty, it is evident that some very frequent English words – such as those in the K1 frequency band – may be conceptually difficult, especially for younger learners, for example, admit. At the same time, there are less frequent words, such as beige (K8) or zebra (K9), which are easy, especially if these are cognates or words with a direct translation equivalent in L1. Therefore, frequency cannot be the sole determiner here. The ease of learning as well as usefulness and relevance to the learner should be taken into consideration when choosing target vocabulary and designing vocabulary tasks.

Is there any research on effective ratios of receptive to productive exercises when it comes to vocab teaching materials?

Not as far as I know, but clearly there should be more exercises or, rather, tasks which target productive knowledge. Most activities in ELT coursebooks, such as fill-in-the-blanks, matching (words with synonyms or words with definitions) or choosing the correct word, technically focus on the receptive knowledge because they don’t promote recall of the target items. But it’s often said that a textbook is as good as the teacher who uses it. Therefore, it can be argued that it’s the role of the teacher to create opportunities for retrieval of the new vocabulary. This means it’s the teacher who should be constantly on the ball, seizing opportunities for productive vocabulary practice, for example, through elicitation.

At which point or level would you add collocations into vocab teaching?

In the webinar I mentioned the two schools of thought on this. The first one is exemplified by the following statement by Norbert Schmitt (University of Nottingham):

At the beginning, an explicit approach which focuses directly on establishing the form–meaning link can be most effective, while later, the exposure approach can be most beneficial in enhancing contextual knowledge (2008, p. 334)

The other school of thought, which I referred to as neo-Firthian, considers collocation as an integral part of word knowledge because it is an inherent part of word meaning. In other words, a word cannot be defined without reference to its collocations. In a nutshell, the first view can be summarised as ‘meaning first, collocation second’ while the second view as ‘meaning by collocation’. As I personally subscribe to this latter view, I would argue that collocations should be added straight away. There is no reason why the word business cannot be taught from the outset with its common verb partner do (i.e. do business) or why accident should not be presented as have an accident, especially since verb–noun collocations have been shown to be problematic for learners (see above). This is the essence of the Lexical Approach, i.e. learning a language in chunks.

If there has been some input (which is usually the case), both match and underline will be effective collocations exercises, won’t they?

Continuing on the subject of collocations, I cited a recent study by Boers et al (2014), which investigated the effectiveness of different collocation exercises. Much to the surprise of the webinar attendees, the exercise in which learners had to match verbs and nouns to form correct collocations was shown to be the least effective compared to the exercises in which collocations were presented intact, i.e. as whole chunks. It has to be stressed that the study looked at the initial encounter with new collocations. After the collocations have been presented to learners or, as you say, once there has been some input, other exercise types, such as underlining (i.e. ‘underline the correct collocate’) and matching, should be perfectly safe to use, In fact, matching is a very effective task for reviewing collocations, and is also easy to devise and administer.

How can we train students to understand the difference in meaning and use between a word and its synonyms?

No two words are absolute, pure synonyms. When teaching (near-) synonyms it would be useful to look at the following distinguishing features: collocation, colligation, semantic prosody and register/style. I wrote about these in detail in an article in Modern English Teacher entitled ‘Lexical Density in English’.

Nesselhauf, N. (2003). The use of collocations by advanced learners of English and some implications for teaching. Applied Linguistics, 24(2), 223–242.

Leo Selivan has been involved in ELT for 15 years in various roles: teacher, examiner, teacher trainer, senior teacher, materials writer, e-moderator. He considers himself fortunate in three respects: (1) starting his ELT career with the British Council; (2) having Penny Ur as his Master’s thesis supervisor; (3) getting to work with Scott Thornbury on his book Lexical Grammar, which saw the light in 2018 (Cambridge University Press). His other professional writing credits include articles in Modern English Teacher, EFL Magazine, Guardian Education, Humanising Language Teaching as well as his own aptly-named blog Leoxicon (http://leoxicon.blogspot.com).

One thought on “The ‘What about …’ webinars Q&A: Leo Selivan”