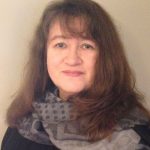 In this post, Canada-based writer Tania Pattison describes her experiences writing an EAP coursebook for a specific regional market. The MaWSIG blog features guest posts by members – please get in touch if you would like to write for us.

Three years ago I received the welcome news that a coursebook I had proposed to the Canadian branch of a major publisher had passed through several stages of acceptance, and that a contract was forthcoming. This was a high-level EAP book on critical reading and it relied heavily on the use of authentic texts, which students would analyse. My first task was to produce a list of readings so that the permissions process could get underway. The question I needed to resolve was this: how Canadian should this book be?

The ELT publishing industry in Canada is small. While there are some home-grown EAP materials, there aren’t that many of them; many texts used in Canadian universities and colleges originate in the US or, to a lesser extent, in the UK. Should I, therefore, try to write a book that was obviously Canadian in the hope that it would fill a gap – and that Canadian teachers would choose it above all the other non-Canadian texts out there? Or should I be thinking about universal themes?

My editor was very accommodating. The concept for this book had come not from the publisher but from me, and I had a lot of freedom in determining the content. My proposal had emphasised pedagogy rather than the Canadian-ness of the text. At this early stage, we were not thinking much about sales beyond Canada; her feeling was that the country of origin of the readings was less important than the need for them to be relevant and engaging to tertiary-level students.

I tried to put myself in the shoes of the teachers who might want to select this book for their classes. Something that often characterises Canadians is their need to distinguish themselves from their neighbours to the south. The same impulse that drives Canadian teachers overseas to display Canadian symbols on their clothes and luggage can also drive teachers in Canada to eschew coursebooks they perceive as ‘too American’. When I worked as EAP curriculum coordinator at a Canadian university, I had teachers reject coursebooks I had recommended, simply because they contained readings on themes specific to the US. Once, giving a workshop in Toronto on teaching EAP reading, I was chastised by a participant for using sample material that was not Canadian. That maple leaf next to certain titles in the publisher’s catalogue may be just as important, it seems, as the one on the teacher’s rucksack.

I also put myself in the shoes of the EAP students who would be using this book. These are students who have committed themselves to several years in Canada, yet who often know very little about the country, having chosen it on the basis of an agent’s recommendation, or because of some vague notion about clean air, nice people and fewer guns. These students then tell me they don’t know who the Prime Minister of Canada is, and they can’t find the Rocky Mountains on a map. Was it my responsibility, as a textbook writer, to provide them with a little more insight into the country they had chosen to be educated in? Did they care? I decided it was, and they did.

On the other hand, I had to ask myself what I meant by a ‘Canadian’ text. I certainly didn’t want to fill my book with a lot of stereotypes about Mounties and lumberjacks. Because there is so little Canadian EAP material out there, I wanted to be sure that my book was balanced—that all parts of the country were represented, and that different aspects of Canadian life had a presence. I was also wary of including Canadian content just for the sake of it. A few years earlier I had been asked by a different publisher to consult on the possible Canadianisation of a well-known series. While I had come up with a decent list of Canadian topics, I couldn’t help but wonder why this was even being considered: the series was already full of fascinating readings and was beautifully presented. (The publisher eventually decided not to move ahead with this project.) Most importantly, I didn’t want to rule out a pedagogically useful text just because it happened to originate on the ‘wrong’ side of the border or the ‘wrong’ side of the Atlantic.

I put together a tentative reading list based on these considerations. In the event, though, the decision was made for me. After a reorganisation at the publisher I found myself with a new editorial and marketing team, one that could see the potential for sales beyond the Canadian border. My proposed reading list – which had included texts on the decline of the polar bear population in the Arctic and the need for helmets while playing ice hockey – was deemed ‘too Canadian’ for the international market, and we made some changes. Some readings just had place names removed; others were slated for replacement with texts with broader appeal.

The final product, I think, strikes a balance. There are no Mounties or lumberjacks in the book, no polar bears or ice hockey players. I did, however, manage to retain the reading about the Nova Scotia family living off-grid, the Toronto mixed martial arts school and the Vancouver paleodieters. At the same time, I was able to bring in articles from American, British, Australian and Irish publications. Of the 28 authentic articles in the book, a third originated in Canada, and none are about themes specific only to Canada. While I feared that decreasing the Canadian content would make the book more generic, it has paid off in terms of international interest.

Writing for a specific regional market brings with it a special set of challenges. Questions need to be asked about how much of the home country appears in the book, how the country is portrayed and, from a marketing perspective, whether too much of the home country might limit sales. I experienced this when writing for the Canadian market; have you written for a regional market, and what considerations guided you in your choice of what to include?

Tania Pattison is the author of Critical Reading, published by Pearson Canada, and has written and edited for numerous publishers both inside and outside Canada. She is also Deputy Publications Coordinator for MaWSIG and Editor of IATEFL Conference Selections. Her website is www.contextacademics.com.

2 thoughts on “Writing for a regional market”