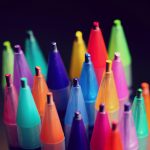 On 23 February, 2020, we held the last webinar in the MaWSIG meets series. Our three speakers, Heloisa Duarte, Varinder Unlu and Adam Scott, analysed a range of ELT materials to highlight ways of making diverse learners and their realities more visible. They focused particularly on older learners, learners who identify as being of colour and learners who identify as LGBTQ+.

This is a brief summary of the three presentations. In a second post, we will be bringing together the questions and answers from the final discussions.

In her presentation, Heloisa Duarte drew attention to the marginalisation and stereotyping of older adults in ELT materials. She spoke first in general terms about ageism and the negative connotations of the word ‘old’ both in society in general and in ELT materials. She then shared the findings from her MA research and outlined six steps we can take to ensure that materials better reflect the realities of older adults. 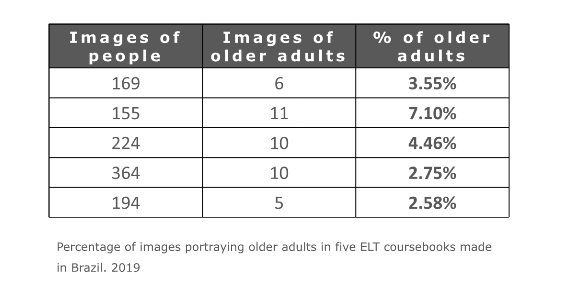 In addition, she discovered that the type of representation was very limited. The older adults were generally depicted as grandparents, either playing with their grandchildren or walking their dogs. In illustrations, old people were often shown as being frail, carrying a walking stick and often in need of help. They were not shown as having full, interesting lives. They did not have jobs, friends or hobbies. Neither did they have a name or a voice. In listening texts they were spoken of, but did not speak.

Heloisa outlined six steps we can take as materials writers to combat these stereotypes:

1 Do not represent older adults as frail, weak or in need of assistance.

2 Be mindful when writing image briefs: include as much detail as possible to combat stereotyping.

3 Represent older adults as active people who work, socialise with friends and use technology.

4 Avoid representing older adults only in the units about families. Include them in other units, about jobs or daily routines, for example.

5 Give older adults a name, a voice and a life.

Couper, D. P. and Pratt, F. (1999). Learning for a longer life: a guide to aging education for developers of K-12 curriculum & instructional materials. Denton, National Academy for Teaching and Learning about Aging.

Varinder Unlu spoke about issues of culture and race in ELT materials. She pointed to the fact that ELT coursebook materials tend to be Eurocentric in their focus, and that little has changed in this respect over the last 20 years. The vast majority of people depicted in ELT materials are Caucasian, with minority groups under-represented and often stereotyped. Images that challenge these stereotypes are rare.

She also highlighted the lack of variety in cultural contexts and noted that the students’ own cultures and contexts are often not represented in the materials they study from. She described how teaching materials frequently represent an overly optimistic and privileged view of the target culture, and this was also true in the teaching of other languages, for example, French and Japanese.

She acknowledged the importance of preparing students to use English in the context of international communication and the importance of developing intercultural awareness as well as offering a positive representation of the students’ own cultures.

1 We should strive to include credible, rounded characters in our materials, from a variety of different cultural and ethnic backgrounds.

2 As we prepare to write, we should ask ourselves the following questions:

Adam Scott highlighted the way the LGBTQI+ community is excluded from ELT materials, and how coursebooks in particular fail to address LGBTQI+ issues. He pointed out that as 1 in 10 of the population belong to the LGBTQI+ community it is more than likely that there will be students in your class who identify as LGBTQI+ or know people who do. So, if teachers want these students’ realities to be reflected in their classes, they will need to adapt and supplement their coursebook materials in order to promote inclusion.

Adam went on to describe a series of activities and techniques that promote inclusion and open spaces for discussion. He started with some very simple examples for lower levels, sharing ideas for using lessons focused on family trees and personal pronouns, two topics that lend themselves well to including LGBTQI+ issues from early on. He discussed the use of authentic reading texts, such as pamphlets for the Brighton Fringe Festival, and discussed the distinction between normalisation (including LGBTQI+ people in everyday situations) and disruption (focusing on specific LGBTQI+ communities).

He went on to discuss the role of images and to recommend Unsplash as a source of free, copyright zero images that offers a range of images showing members of the LGBTQI+ community in a variety of contexts. He described how these images could be adapted for exam-type tasks, including contrasting images and collaborative discussions.

He then demonstrated how easy it is to adapt and ‘queer’ coursebook material by extending discussion tasks, offering key vocabulary to support those tasks or re-recording audio scripts with different genders. Below are two examples of how a lesson focusing on job vocabulary can be opened out to include LGBTQI+ (and other minority) issues. 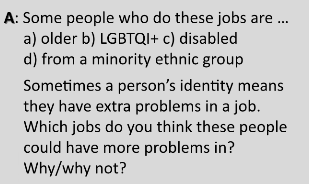 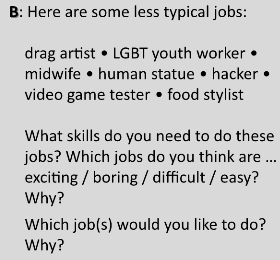 2 Let in the realities outside the classroom.

3 Open up spaces for discussion.

4 Consider when to integrate and when to disrupt.

5 Build in the positive language of equality.

Heloisa Duarte has been involved in ELT for over 26 years as a teacher, teacher educator, materials writer, consultant and manager at prestigious national and international institutions in Brazil. She is a CELTA holder and has recently finished her MA in Language Education at NILE.

Varinder Unlu has worked in ELT for 26 years in all contexts from private language schools to FE and HE, teaching students of all ages. She has been a DOS/Academic Manager since 2002. She is also a teacher trainer for both Cambridge CELTA and Trinity TESOL, a materials writer, a conference speaker, and the co-founder and coordinator of the IATEFL Inclusive Practices and SEN SIG. She is now coordinator for IATEFL Global Issues SIG.