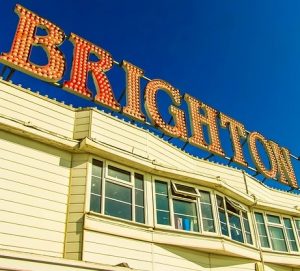 At IATEFL in Brighton this year, MaWSIG invited five speakers to talk at our Pre-Conference Event: Writing for the World. Read on for summaries of their talks by Damian Williams, Lizzie Pinard and Julie Moore.

The five talks were:

The day ended with a panel discussion, hosted by the outgoing joint-chair of MaWSIG, Rachael Roberts.

Our first summary is from MaWSIG committee member, Damian Willams.

From EFL to ELF: Materials Writing for English as a Lingua Franca

Marek Kiczkowiak began by talking about English as a Lingua Franca (ELF), describing the contexts in which English is used today. These include business, universities, conferences and tourism, where most speakers are ‘non-native’ speakers of English. This creates a number of assumptions for materials writing for ELF:

Assumption 2: Intercultural communicative skills NOT ‘target’ culture
A lot of materials currently focus on aspects of British and American culture, which may be alien to learners in some parts of the world. ELF materials should therefore aim at teaching communication across cultures, and cultural understanding. 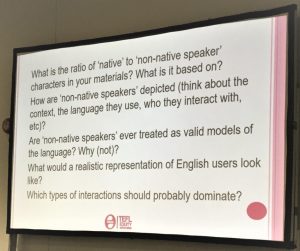 Assumption 5: Authentic E(LF)nglish use NOT ‘native’ corpora
A lot of materials are marketed as ‘authentic’ because they are based on corpus data. However, most of these corpora are compiled from ‘native’ speakers, whereas most communication in English throughout the world is between ‘non-native’ speakers. And learner corpora only feature language that learners use in exam contexts.

Assumption 6: Multilingual E(LF)nglish use NOT monolingual English use
Materials should account for multilingual use such as code-switching between speakers who share the same or similar first languages. Adding the odd word from your L1 in things like exclamations also helps the speaker to maintain their identity.

Assumption 7: Raising students’ awareness
This is important as many learners want to aim for ‘native-like’ proficiency. We need to show them that this is not such a useful goal in today’s world.

Marek then went on to look at two assumptions in more detail:

Assumption 2: Marek asked participants to note down three things that define them as an individual and three things that define people in their country. Participants were asked to explain the three things which identify them as individuals in pairs and explain their choices. They were then asked to guess the three items their partner had chosen to define people from their country. Participants then discussed some questions which were designed to make them reflect on their choices and cultural assumptions.

Assumption 6: Participants looked at the script of a conversation between two ‘non-native’ speakers with different L1s, with examples of code-switching which assisted communication. Both speakers, for example, were referring to the réunion (French speaker) and the reunión (Spanish speaker), without the need to use the English word meeting. Participants then discussed a range of reflective questions related to the conversation.

In conclusion, these are specific assumptions which need to be borne in mind when writing materials for ELF.

There is another excellent summary of Marek’s talk here by Lizzie Pinard on her blog, Reflections of an English Language Teacher. 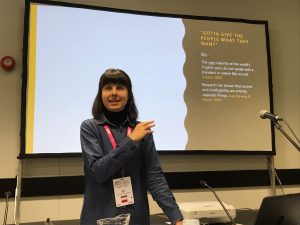 Laura Patsko’s workshop built on Marek’s comments about ELF, addressing the challenges of writing pronunciation materials for international markets. Why is pronunciation so often overlooked by both course writers and teachers? What are the key guiding principles for creating effective pronunciation activities that aren’t so easily skipped? There are detailed summaries of this talk by Julie Moore on her blog, Lexicoblog, here and Lizzie Pinard here.

Are you writing for all learners? 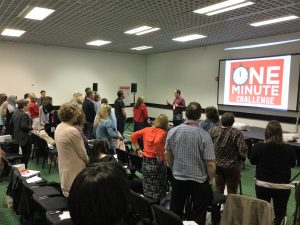 Romulo Neves’s highly practical talk looked at the needs of students with special educational needs such as ADHD, autism and dyslexia. He showed us how these needs are routinely neglected in EFL materials, and how he has started to turn the tide by adapting his own published materials to create SEN-specific versions of mainstream courses on the island of Madeira in Portugal. Lizzie Pinard’s blog summarises the talk here.

Materials writing for language education in emergencies and development 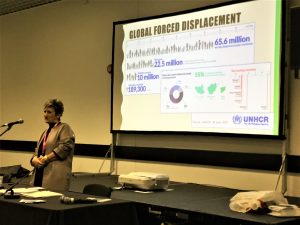 Psyche Kennet started her career in education as an English language teacher but early on, in the mid-80s, she moved into development work, taking her ELT skills with her. She described how ESL is more vital than ever in addressing the needs of millions of displaced people across Africa and the Middle East, teaching not only the language skills needed for survival in emergency situations, but also using English to address gender and human rights issues, and to promote critical thinking, non-violent communication and good governance for displaced youth and adults. Again, Lizzie Pinard has summarised Psyche’s talk on her Reflections of an English Language Teacher blog here.

Language for Resilience, the role of language in enhancing the resilience of Syrian refugees and host communities Capstick, T and Delaney, M (2016) British Council.

Adult ESOL/ESL learners with varying levels of prior education can have a skills mismatch such as excellent speaking accompanied with poor writing. However, teachers may also have ‘spiky profiles’ in this area: little experience of how to deal with difference in the classroom. Julie Day’s talk gave us pointers on how to provide contextually-based materials to differentiate for skill needs/interests and meet immediate learner needs such as accessing health or employment services. Read Lizzie Pinard’s summary of Julie’s presentation on Reflections of an English Language Teacher here. 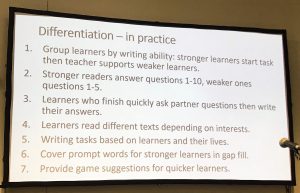 The five PCE speakers discussed issues raised during the day and took questions from the audience. Chaired by the outgoing joint-coordinator of MaWSIG, Rachael Roberts. Again, Lizzie Pinard has blogged about the panel discussion on her blog here.

Thank you to all involved in organising, speaking at and attending the PCE. We look forward to seeing even more at the next PCE at IATEFL in Liverpool in 2019. But in the meantime … MaWSIG’s next conference is a joint venture with Oxford Brookes University on 22-23 June 2018. Click here for details of this and other upcoming events.